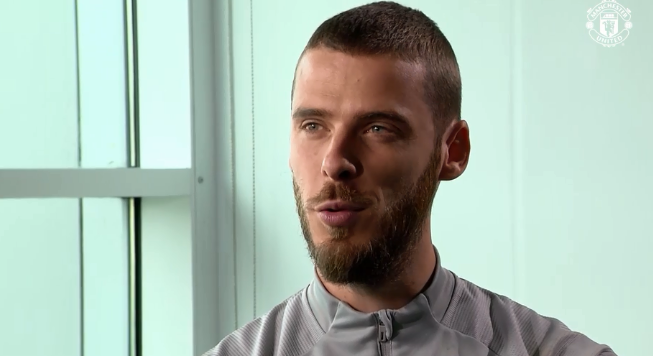 Tiger Fight, September 25, Manchester United goalkeeper De Gea accepted an interview on the club's official website and talked about his state of the new season.

"Yes, it may be because I started to play frequently early on, but I think it is the best stage of my career."

"I personally feel very, very good, confident and optimistic. These are very important to me. Now is the time to start winning the trophy. This is the most important thing for the team at this stage. I feel great. I'm here every day with the coach and others. They train together very well. We always learn from each other and improve each other, which is great. You can see that we train and you know that the goalkeeper relationship is very harmonious."

Talking about saving Ayo’s penalty but being blown away: “It’s already very difficult to save a penalty. The opponent changes another person for the second free throw, and the player who missed the penalty does not have to bear the pressure. It’s a bit strange, but that’s it. Rules, I will follow the rules next time."

"The first game of the season is really not a good game for us. We went through a very strange point in time. The team did not have enough time to recover after last season, but it is the same for all teams. We need to start winning. The results we achieved last season were very good, now we have to play like the last ten games. Manchester United need to play the best football."